A Spinster’s Tale | What You Hear from ’Em? | Venus, Cupid, Folly and Time | Miss Leonora When Last Seen | Dean of Men | In the Miro District | The Old Forest | 52 other stories More
Edited by Ann Beattie

For the first time, the complete stories of the master chronicler of tradition and transformation in the twentieth-century South are available—in a deluxe two-volume Library of America boxed set. 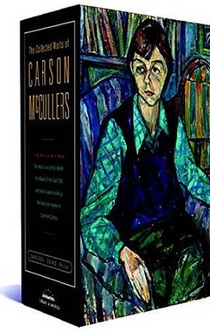