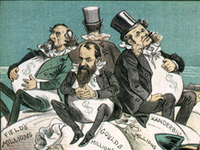 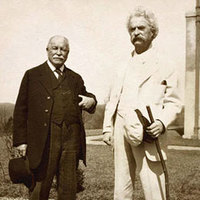 “He thinks scarcely anything too paltry to be interesting, that the small and the vulgar have been terribly neglected, and would rather see an exact account of a sentiment or a character he stumbles against every day than a brilliant evocation of a passion or a type he has never seen and does not even particularly believe in. He adores the real, the natural, the colloquial, the moderate, the optimistic, the domestic, and the democratic; looking askance at exceptions and perversities and superiorities, at surprising and incongruous phenomena in general.”
—Henry James

“Almost the first thing that every essay about the nineteenth-century American novelist William Dean Howells announces is that no one writes essays about William Dean Howells anymore; his eclipse is his identity. Yet in every decade since his death, in 1920, he has found strong advocates—and, although one might think that he needs to be argued for because he is distant from us, each new Howells has oddly resembled the critic who offers him. Howells is somehow both the road not taken and the street where we live.”
—Adam Gopnik

The Rise of Silas Lapham

The silken texture of the marriage tie bears a daily strain of wrong and insult to which no other human relation can be subjected without lesion; and sometimes the strength that knits society together might appear to the eye of faltering faith the curse of those immediately bound by it. Two people by no means reckless of each other’s rights and feelings, but even tender of them for the most part, may tear at each other’s heart-strings in this sacred bond with perfect impunity; though if they were any other two they would not speak or look at each other again after the outrages they exchange. 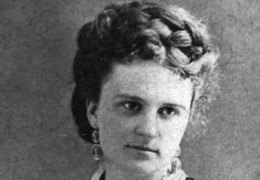