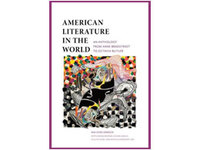 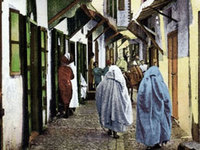 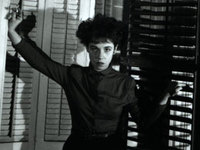 Major works:
The Sheltering Sky • The Delicate Prey and Other Stories • Let It Come Down • Up Above the World • Their Heads Are Green and Their Hands Are Blue

After a certain length of time they left the valley and turned across a wide plantless region strewn with stones. The yellow dunes lay ahead. There was the heat of the sun, the slow climbing to the crests and the gentle going down into the hollows, over and over—and the lively, insistent pressure of his arm about her. She raised no problem for herself; she was content to be relaxed and to see the soft unvaried landscape going by. To be sure, several times it occurred to her that they were not really moving at all, that the dune along whose sharp rim they were now traveling was the same dune they had left behind much earlier, that there was no question of going anywhere since they were nowhere. And when these sensations came to her they started an ever so slight stirring of thought. “Am I dead?” she said to herself, but without anguish, for she knew she was not. As long as she could ask herself the question: “Is there anything?” and answer: “Yes,” she could not be dead. And there were the sky, the sun, the sand, the slow monotonous motion of the mehari’s pace. Even if the moment came, she reflected at last, when she no longer could reply, the unanswered question would still be there before her, and she would know that she lived. The idea comforted her.

Read a passage from The Sheltering Sky by Paul Bowles