A venerable literary tradition made a welcome return last Wednesday, April 6, when the Whiting Foundation presented its 2022 Whiting Awards, to ten emerging writers in fiction, nonfiction, and poetry, in New York City. Held at the New-York Historical Society off Central Park, the event marked the first time the Awards have taken place in person since 2019 (the intervening two ceremonies were moved online due to pandemic restrictions).

The prestigious awards are made annually on the basis of “early accomplishment and the promise of great work to come." In keeping with longstanding practice, each winner received a book in the black-jacketed Library of America series along with a $50,000 prize. As it does every year, the Whiting Foundation’s selection committee paired each winner with a title in the Library of America series based on a presumed affinity or the hope that the ten writers will respond to some quality in their LOA volumes.

The 2022 Whiting Award recipients and their categories are listed below, accompanied by the titles of the LOA books they were awarded. (Each book title links to the relevant page on our site.) Further information about this year’s winners, along with samples of their work, can be found at The Paris Review.

As always, Library of America is proud to play a supporting role in this valuable source of support for young writers. We congratulate this year’s winners—and hope that their LOA books will inspire and encourage them in the years ahead.

Adopt this book: Aldo Leopold: A Sand County Almanac & Other Writings on Ecology and Conservation

Our Town: A play about the ways we remember and misremember the past 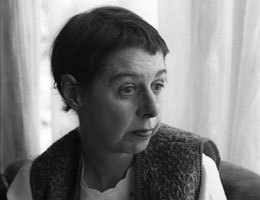