Back Djuna Barnes, “The Days of Jig Cook” Print
Share
Story of the Week January 31, 2020

Djuna Barnes (1892–1982)
From The American Stage: Writing on Theater from Washington Irving to Tony Kushner

Barnes was a member of the company, which staged its plays in a converted horse stable in Greenwich Village, and she occasionally acted in their productions. Her three plays debuted during a season that showcased fifteen new works, including two one-acts by Eugene O’Neill and one piece each by Wallace Stevens and Edna St. Vincent Millay. Barnes’s performances had the dubious distinction of being the “most experimental” of the bunch. The reviewer for The New York Times remarked that they showed “how absorbing and essentially dramatic a play can be without the audience ever knowing what, if anything, the author is driving at.”

After her stint with the Provincetown Players, Barnes went on to write several novels, including her noted debut Ryder (1928) and the modernist classic Nightwood (1936). During her brief career as a novelist, she was a contributor to Theatre Guild Magazine, and in one idiosyncratic and witty column she remembered her days with the Players, which operated under the supervision of its director, George Cram “Jig” Cook. We present her essay as our Story of the Week selection.

Read “The Days of Jig Cook” by Djuna Barnes 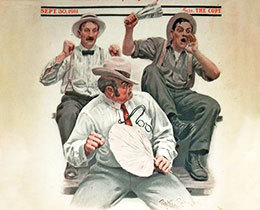 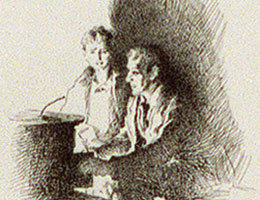 Robert Frost, “In the Home Stretch”