Back The children’s literature of Frances Hodgson Burnett: “values that we need and can relate to” today Print
Share
Interviews December 13, 2019

The children’s literature of Frances Hodgson Burnett: “values that we need and can relate to” today

This fall Library of America adds to its catalog of books for young readers with the release of Frances Hodgson Burnett: The Secret Garden, A Little Princess, Little Lord Fauntleroy, which collects these three seminal novels in their original American texts, supplemented by more than forty meticulously restored illustrations from the books’ first U.S. editions.

As the author of Frances Hodgson Burnett: The Unexpected Life of the Author of The Secret Garden (Rutgers University Press, 2004), volume editor Gretchen Holbrook Gerzina is especially well-suited to the task of ushering Burnett into the Library of America. Gerzina is Paul Murray Kendall Professor of Biography and Professor of English at the University of Massachusetts/Amherst and was elected to the American Academy of Arts and Sciences in 2017. She responded to our questions about Burnett via email, from her home in western Massachusetts.

Library of America: Frances Hodgson Burnett and her novels are most often associated with England, but there’s a memorial to her in Central Park and now she’s in the Library of America. What is distinctively American about her, and about these three novels in particular?

Gretchen Holbrook Gerzina: Although she was born and raised in Manchester, England, she moved to Tennessee at the end of American Civil War when she was fifteen years old. Her father had died, and her mother moved the children to be near a relative who had emigrated earlier. Over the course of the rest of her life, Burnett lived in Tennessee, Washington D.C., and New York. She died in 1924 at her home on Long Island. Her first husband and both of her children were American. Many of her short stories, and several of her novels, were set in America.

LOA: Books for young readers are still a relatively new addition to the Library of America series. What’s here for adults?

Gerzina: For so many adults, the novels in this volume were enormously important books for them as children. They form an important part of their memories as developing readers. Not all adult readers of Burnett know all three of the books, and their impact on children of earlier times. Little Lord Fauntleroy, for example, was hugely famous when it was published in 1886. It was the Harry Potter of its time, spawning plays, costumes, and later films. He is an American little boy who is taken to England and changes lives through his warmth and candor and resistance to the British class system. The chronology too shows the impact and versatility of the author’s life and work.

LOA: Burnett published more than fifty books and wrote and produced thirteen plays. From such a vast body of work, why do you think these particular books are still read? And what would Burnett have thought about these novels becoming her legacy?

Gerzina: The children in the three books in this edition embody values that we need and can relate to: resilience, growth, honesty, and the way those can change the adults around them. They rise above adversity, and show the power of the imagination.

Burnett would have been surprised by the way that she is known today for these three children’s books to the exclusion of the other novels and play that she wrote and produced. The majority of her work was for adult readers and dealt with adult topics. At her death, she was best known for an adult novel called The Dawn of a To-morrow, which is nearly forgotten today. She adored children, and I think she would be thrilled to know how A Little Princess and The Secret Garden have remained so beloved, and the way that they continue to enthrall readers and to spawn film versions.

LOA: As you note in your biography of Burnett, The Secret Garden (1911) wasn’t particularly successful in her lifetime, but now it’s considered not only her greatest work but one of the best books ever written for children; and a new movie version is on the way in 2020, a generation after the well-regarded 1993 Agnieszka Holland adaptation. Why does this story clearly resonate with contemporary audiences?

Gerzina: I think it has to do with the transformative power of the story. Mary’s transformation from a lonely, spoiled, sickly child to someone who can heal herself and others is empowering and thrilling. She shows that a child can grow with the seasons, and yet be feisty enough to cause the adults around her to change and heal as well.

LOA: On a more personal level, we’re curious to know when you first discovered these books yourself. And did anything about them surprise you as you revisited them for this new edition?

Gerzina: My mother gave me a copy of The Secret Garden for my twelfth birthday, and I still have that book. I read it over and over again. It wasn’t until I was much older that I discovered that Burnett had written fifty-two others, that she was the best-known and highest-paid woman author of her time, and that she produced and wrote plays as well, many taking on far more adult issues. It was a joy to go back to these three novels at a very different time of my life and find that I responded to them with the same delight that I’d had when I first read them as a child.

Shadow Archives: Scholar experiences “the thrill of literary detective work” in collections of Ellison, Petry, and others

“One backward glance” — Daniel H. Weiss on Michael O’Donnell and the tragic era of Vietnam 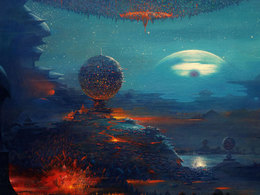 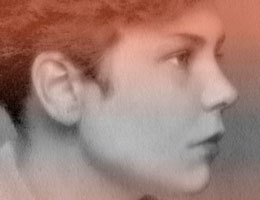 Love unknown: Thomas Travisano on the life and worlds of Elizabeth Bishop