Back A. Scott Berg: World War I and the end of American isolationism Print
Share
Video April 26, 2017

A. Scott Berg: World War I and the end of American isolationism

Exactly one hundred years to the day after the United States officially entered World War I, on April 6, 1917, Library of America commemorated the anniversary with a public program at New York University. Presented in partnership with NYU Cultures of War and the Post-War Research Collaborative, the evening was part of Library of America’s national humanities initiative, World War I and America.

With readings and a panel discussion among several scholars and other writers—including Phil Klay, author of the National Book Award–winning story collection Redeployment—this “centennial conversation” showcased LOA’s new anthology, World War I and America: Told by the Americans Who Lived It, a collection of firsthand accounts edited by A. Scott Berg, the Pulitzer Prize–winning biographer of Charles Lindbergh and Woodrow Wilson.

Berg introduced the program at NYU with a declaration that although World War I was one of the most consequential events in history, it nonetheless remains among the “least understood.” Americans know very little about the war, Berg argued, “and yet this great temblor still reverberates in everyday life today.”

The reason for our ignorance, he suggested, is that “This is a war in which we were not attacked. We went to war, really . . . for an idea,” adding that President Wilson would amend that statement from an idea to an ideal.

“In fighting for those ideals, this country really changed its own identity,” Berg said. “What had been an inward-looking, isolationist country soon became—almost immediately became—a modern superpower.”

Listen to Berg’s full remarks via the video above, and watch this space for highlights from the April 6 event’s readings.

World War I and America is a two-year initiative supported by the National Endowment for the Humanities, designed to bring veterans and the general public together to explore World War I’s continuing relevance one hundred years later. Visit ww1america.org for more information on the project, including a calendar of free public programs around the country, videos, and other resources for teachers and readers.
Explore Further
Related Volumes:
Subscribe to RSS Sign up for the Library of America E-Newsletter 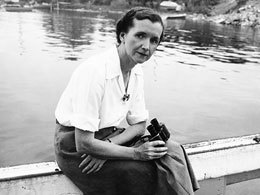 Rediscovering Rachel Carson: The Oceans, the Climate Crisis, and the “Poet of the Sea” 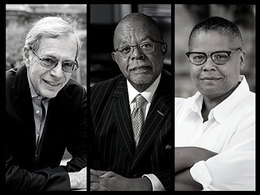 How W.E.B. Du Bois restored Black eyewitness accounts to the history of Reconstruction 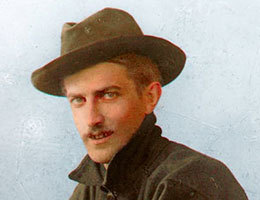 Burning Boy: Paul Auster on the Extraordinary Life and Work of Stephen Crane