“Capacious, comprehensive, wide-ranging, and judiciously fair, the Library of America anthology presents the great body of American poetry in the century of the Louisiana Purchase, the Alamo, the Civil War, the expansion of the western frontier, the gilded age and the age of innocence. All the major figures and minor prophets are represented, in proportions both ample and calculated to reflect degrees of greatness.” — The Washington Post 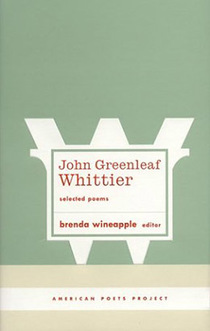