“Two new volumes of The Library of America contain the complete chronicles of Natty Bumppo, pioneer woodsman, called by Indians at various times Leatherstocking, Hawkeye, Long-Rifle, Deerslayer, and Pathfinder. Under any of his names, Natty is part of the American legend.” — Wall Street Journal 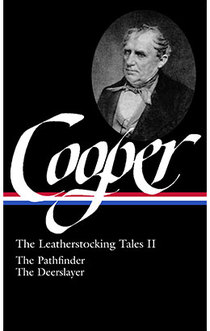