“The Library of America has published Tennessee Williams’s essential ’Plays’—33 of them—in two volumes totaling about 2,000 pages. Not every play is included here, but these two volumes constitute all that matter, the works of a master of his craft, with all the author’s introductions, notes, and pertinent essays.”— The Los Angeles Times Book Review 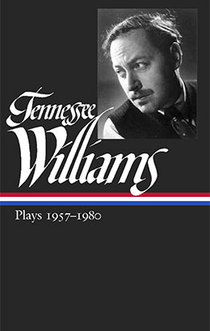