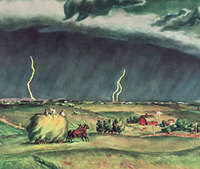 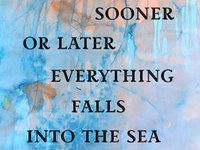 Sarah Pinsker: Octavia Butler, Woody Guthrie, and other classics that inspired my debut

Excerpt from the story

Out of Nowhere Into Nothing

After a time she went on again, walking until she had regained her breath and then running again. Her body tingled with life. She did not ask herself what she was going to do, how she was to meet the problem she had come to Willow Springs half hoping to have solved by a word from her mother. She ran. Before her eyes the dusty road kept coming up to her out of darkness. She ran forward, always forward into a faint streak of light. The darkness unfolded before her. There was joy in the running and with every step she took she achieved a new sense of escape. A delicious notion came into her mind. As she ran she thought the light under her feet became more distinct. It was, she thought, as though the darkness had grown afraid in her presence and sprang aside, out of her path. There was a sensation of boldness. She had herself become something that within itself contained light. She was a creator of light. At her approach darkness grew afraid and fled away into the distance. When that thought came she found herself able to run without stopping to rest and half wished she might run on forever, through the land, through towns and cities, driving darkness away with her presence.