Back American Speeches: Political Oratory from the Revolution to the Civil War Print
Share
add to cart

American Speeches: Political Oratory from the Revolution to the Civil War

“These speeches are part of our national heritage, just as much as our Constitution and the Bill of Rights. They should be studied and celebrated!” — President Bill Clinton 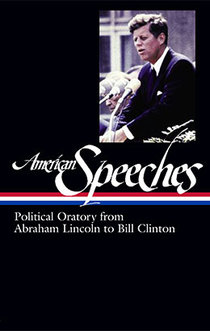