Back Dashiell Hammett: Crime Stories and Other Writings Print
Share
add to cart

“Steven Marcus has gone back to Hammett’s original magazine versions, so that even much-anthologized stories here take on an unfamiliar cast, like old friends newly paroled.” — San Francisco Chronicle 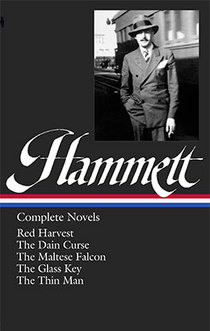