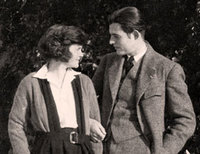 Ernest Hemingway, “Cat in the Rain” 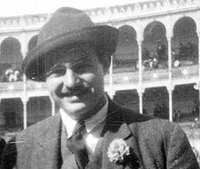 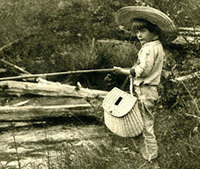 Ernest Hemingway, “The Doctor and the Doctor’s Wife”

Major works:
In Our Time • The Sun Also Rises • A Farewell to Arms • For Whom the Bell Tolls • “Big Two-Hearted River” • “Hills Like White Elephants” • “The Killers”

“How clear, serene and solid the best work still seems; it’s as if there were a physical communion taking place among the fingers turning the page, the eyes taking in the words, the brain imaginatively re-creating what the words stand for and, as Hemingway put it, ‘making it a part of your own experience.’ Hemingway did his work, and he’ll last.”
—Raymond Carver, The New York Times

“He was, unquestionably, a great writer. The proof is that he is still alive as a novelist even though his values have been discredited. There is an instructive paradox in this. How can we ex­plain the fervor of today’s readers — ecological revolutionaries, worshippers of conservation, de­votees of chemically inspired spiritualism, pacifists, and militants of disarmament — for the bard of hunting, bullfighting, boxing, and all other manifestations of machismo? Simply by pointing out that the cultivator of those anachronisms was a great writer, that is, an artist who totally controlled his means of expression and who had a power to communicate that compels even those readers who oppose the dominant values of his era to accept the world of his writing. It’s not Hemingway’s ‘ideas’ that convince us today. His concept of man and life seems superficial, schematic, and naive. Despite that, the power of his images, the stoic magic of his words, the perfect elegance with which the rites of combat, love, or murder are performed in his stories continue to seduce today’s benign young people.”
—Mario Vargas Llosa, The Village Voice

Nick sat against the wall of the church where they had dragged him to be clear of machine gun fire in the street. Both legs stuck out awkwardly. He had been hit in the spine. His face was sweaty and dirty. The sun shone on his face. The day was very hot. Rinaldi, big backed, his equipment sprawling, lay face downward against the wall. Nick looked straight ahead brilliantly. The pink wall of the house opposite had fallen out from the roof, and an iron bedstead hung twisted toward the street. Two Austrian dead lay in the rubble in the shade of the house. Up the street were other dead. Things were getting forward in the town. It was going well. Stretcher bearers would be along any time now. Nick turned his head and looked down at Rinaldi. “Senta Rinaldi. Senta. You and me we’ve made aseparate peace.” Rinaldi lay still in the sun, breathing with difficulty. “We’re not patriots.” Nick turned his head away smiling sweatily. Rinaldi was a disappointing audience.

Read a passage from In Our Time by Ernest Hemingway