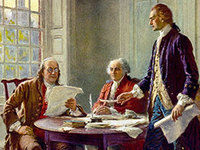 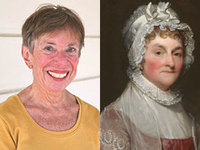 “Remember the Ladies”: Edith Gelles on the incomparable letters of Abigail Adams 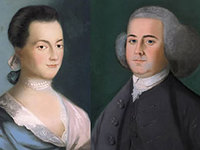 Best known for her correspondence with her husband and the declaration “I desire you would Remember the Ladies,” Abigail Adams served as her husband’s advisor, critic, advocate, and above all, “dearest friend,” from the beginning of their courtship in 1761 until her death in 1818. In between she was both a witness to and an erudite and witty commentator on the American Revolution, French and British society at the end of the eighteenth century, and the presidential administrations of Washington, Adams, Jefferson, and Madison, as well as the beginning of the political career of her son, John Quincy Adams. “You know my mind is much occupied with the affairs of our Country. if as a Female I may be calld an Idle, I never can be an uninterested Spectator,” she wrote to John Adams in 1793. She wrote over 4,300 letters over the course of her life to over forty correspondents—including Thomas Jefferson, Mercy Otis Warren, James and Dolley Madison, and Martha Washington—covering topics from government, politics, and foreign policy, to women’s rights, abolition, and the latest fashion trends. Editor Edith Gelles says that her “letters provide unusual access to her private life, but they also capture her age—its social conventions, politics, and people—not just in description but in commentary, giving her the status of a domestic—i.e., American—Tocqueville, a writer whose observations and insights shed light on American and Americans of her time.”

I long to hear that you have declared an independancy—and by the way in the new Code of Laws which I suppose it will be necessary for you to make I desire you would Remember the Ladies, and be more generous and favourable to them than your ancestors. Do not put such unlimited power into the hands of the Husbands. Remember all Men would be tyrants if they could. If perticuliar care and attention is not paid to the Laidies we are determined to foment a Rebelion, and will not hold ourselves bound by any Laws in which we have no voice, or Representation.
That your Sex are Naturally Tyrannical is a Truth so thoroughly established as to admit of no dispute, but such of you as wish to be happy willingly give up the harsh title of Master for the more tender and endearing one of Friend. Why then, not put it out of the power of the vicious and the Lawless to use us with cruelty and indignity with impunity. Men of Sense in all Ages abhor those customs which treat us only as the vassals of your Sex. Regard us then as Beings placed by providence under your protection and in immitation of the Supreem Being make use of that power only for our happiness.