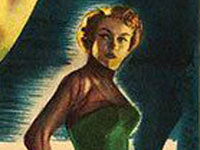 In Berkeley, a big series claims the big screen for Women Crime Writers 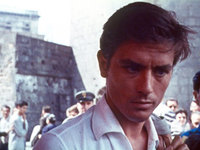 Purple Noon: A superior take on The Talented Mr. Ripley 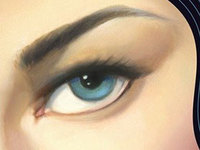 Sarah Weinman on Women Crime Writers: “They had their own stories to tell . . . in distinct, sometimes ruthless ways”

Major works:
Strangers on a Train • The Price of Salt (Carol) • The Blunderer • The Talented Mr. Ripley

“Miss Highsmith is a crime novelist whose books one can reread many times. There are very few of whom one can say that. She is a writer who has created a world of her own—a world claustrophobic and irrational which we enter each time with a sense of personal danger, with the head half turned over the shoulder, ever with a certain reluctance, for these are cruel pleasures we are going to experience, until somewhere about the third chapter the frontier is closed behind us, we cannot retreat, we are doomed to live till the story’s end with another of her long series of wanted men.”
—Graham Greene, in his foreword to Patricia Highsmith’s Eleven (1970)

Now Tom stopped. He had an impulse to go back, not necessarily to go back to the Italian, but to leave Dickie. Then his tension snapped suddenly. His shoulders relaxed, aching, and his breath began to come fast, through his mouth. He wanted to say at least, “All right, Dickie,” to make it up, to make Dickie forget it. He felt tongue-tied. He stared at Dickie’s blue eyes that were still frowning, the sun-bleached eyebrows white and the eyes themselves shining and empty, nothing but little pieces of blue jelly with a black dot in them, meaningless, without relation to him. You were supposed to see the soul through the eyes, to see love through the eyes, the one place you could look at another human being and see what really went on inside, and in Dickie’s eyes Tom saw nothing more now than he would have seen if he had looked at the hard, bloodless surface of a mirror. Tom felt a painful wrench in his breast, and he covered his face with his hands. It was as if Dickie had been suddenly snatched away from him. They were not friends. They didn’t know each other. It struck Tom like a horrible truth, true for all time, true for the people he had known in the past and for those he would know in the future: each had stood and would stand before him, and he would know time and time again that he would never know them, and the worst was that there would always be the illusion, for a time, that he did know them, and that he and they were completely in harmony and alike. For an instant the wordless shock of his realization seemed more than he could bear. He felt in the grip of a fit, as if he would fall to the ground. It was too much: the foreignness around him, the different language, his failure, and the fact that Dickie hated him. He felt surrounded by strangeness, by hostility. He felt Dickie yank his hands down from his eyes.

“What’s the matter with you?” Dickie asked. “Did that guy give you a shot of something?”

“Are you sure? In your drink?”

“No.” The first drops of the evening rain fell on his head. There was a rumble of thunder. Hostility from above, too. “I want to die,” Tom said in a small voice.

Read a passage from The Talented Mr. Ripley by Patricia Highsmith 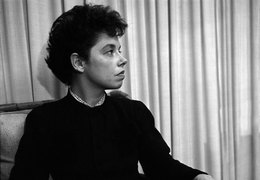