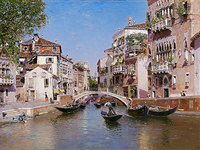 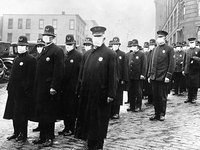 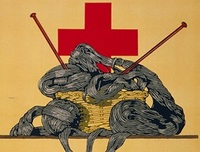 Major works:
O Pioneers! • The Song of the Lark • My Antonia • One of Ours • Death Comes for the Archbishop

“There run through Miss Cather’s work two currents of profound feeling—one for the beauty of those lives lived out between the sky and the prairie; the other. . . for the pathos of the human spirit making the effort to send down its roots and to flower in that barren soil.”
—Edmund Wilson, The New Republic, January 1924

“Willa Cather saw her broad land in a sweep, but she saw selectively too—the detail that made all the difference. She never lost sight of the particular in the panorama. Her eye was on the human being. In her continuous, acutely conscious and responsible act of bringing human value into focus, it was her accomplishment to bring our gaze from that wide horizon, across the stretches of both space and time, to the intimacy and immediacy of the lives of a handful of human beings.”
—Eudora Welty

When spring came, after that hard winter, one could not get enough of the nimble air. Every morning I wakened with a fresh consciousness that winter was over. There were none of the signs of spring for which I used to watch in Virginia, no budding woods or blooming gardens. There was only—spring itself; the throb of it, the light restlessness, the vital essence of it everywhere; in the sky, in the swift clouds, in the pale sunshine, and in the warm, high wind—rising suddenly, sinking suddenly, impulsive and playful like a big puppy that pawed you and then lay down to be petted. If I had been tossed down blindfold on that red prairie, I should have known that it was spring.

Everywhere now there was the smell of burning grass. Our neighbors burned off their pasture before the new grass made a start, so that the fresh growth would not be mixed with the dead stand of last year. Those light, swift fires, running about the country, seemed a part of the same kindling that was in the air.

Read a passage from My Antonia by Willa Cather