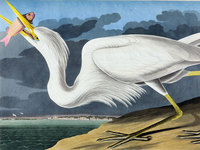 Christoph Irmscher: Controversies remind us of how complex John James Audubon always was 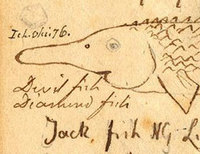 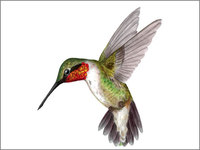 For pleasure or as a spiritual discipline, bird-watching is “a lesson in respect and humility”

I wish, kind reader, it were in my power to present to your mind’s eye the favourite resort of the Ivory-billed Woodpecker. Would that I could describe the extent of those deep morasses, overshadowed by millions of gigantic dark cypresses, spreading their sturdy moss-covered branches, as if to admonish intruding man to pause and reflect on the many difficulties which he must encounter, should he persist in venturing farther into their almost inaccessible recesses, extending for miles before him, where he should be interrupted by huge projecting branches, here and there the massy trunk of a fallen and decaying tree, and thousands of creeping and twining plants of numberless species! Would that I could represent to you the dangerous nature of the ground, its oozing, spongy, and miry disposition, although covered with a beautiful but treacherous carpeting, composed of the richest mosses, flags, and water-lilies, no sooner receiving the pressure of the foot that it yields and endangers the very life of the adventurer, whilst here and there, as he approaches an opening, that proves merely a lake of black muddy water, his ear is assailed by the dismal croaking of innumerable frogs, the hissing of serpents, or the bellowing of alligators! Would that I could give you an idea of the sultry pestiferous atmosphere that nearly suffocates the intruder during the meridian heat of our dogdays, in those gloomy and horrible swamps! But the attempt to picture these scenes would be vain. Nothing short of oracular demonstration can impress any adequate idea of them.