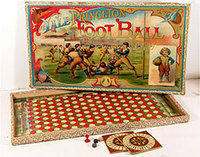 Heywood Broun, “This Side of Paradise?” 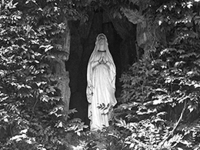 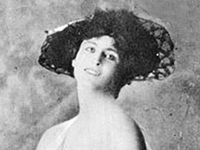 Major works:
This Side of Paradise • The Great Gatsby • Tender Is the Night • “Bernice Bobs Her Hair” • “The Curious Case of Benjamin Button” • “The Diamond as Big as the Ritz” • “Babylon Revisited”

“Fitzgerald never lost a quality that very few writers are able to acquire: a sense of living in history. Manners and morals were changing all through his life and he set himself the task of recording the changes. These were revealed to him, not by statistics or news reports, but in terms of living characters, and the characters were revealed by gestures, each appropriate to a certain year… He tried to find the visible act that revealed the moral quality inherent in a certain moment of time.”
—Malcolm Cowley

The Beautiful and the Damned

In 1913, when Anthony Patch was twenty-five, two years were already gone since irony, the Holy Ghost of this later day, had, theoretically at least, descended upon him. Irony was the final polish of the shoe, the ultimate dab of the clothes-brush, a sort of intellectual “There!”—yet at the brink of this story he has as yet gone no further than the conscious stage. As you first see him he wonders frequently whether he is not without honor and slightly mad, a shameful and obscene thinness glistening on the surface of the world like oil on a clean pond, these occasions being varied, of course, with those in which he thinks himself rather an exceptional young man, thoroughly sophisticated, well adjusted to his environment, and somewhat more significant than any one else he knows.

Read a passage from The Beautiful and the Damned by F. Scott Fitzgerald