It was a tough break, all right, because you couldn’t seem to resist temptations. It was supposed to be your weakness that made you do it. But everybody’s father and mother did it. If they didn’t nobody but Christ would ever have been born. The newspapers were full of stories about people who did it. Millionaires did it with chorus girls, and got sued. The older guys did it every Saturday night at a can house. Fellows who weren’t Catholics said that priests and nuns did it, but that was a lousy lie. Father Shannon, the missionary, had said that he’d seen hospitals full of people who were rotting away in blindness and insanity because of it.

Read a passage from Young Lonigan by James T. Farrell 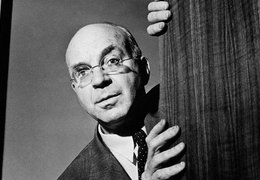