“John Berryman (1914–72) has one of the most idiosyncratic voices in American poetry. That voice, which is everywhere on display in a new Selected Poems, capably edited by Kevin Young, is by turns quirky and whimsical, brilliantly learned and painfully mannered, smart-alecky, anguished. Berryman combined a passionate, disruptive syntax with an irreverent blend of highbrow and lowbrow dictions—part Shakespeare, part minstrel show, part baby talk. Who could have predicted such a salty, ostentatious and exaggerated comic style—or known that it would come to seem so intensely literary and inevitably American? Imagine Emily Dickinson crossed with Bessie Smith and Groucho Marx. The results, to use one of Berryman’s favorite words, are ‘delicious.’”—Edward Hirsch, The Washington Post 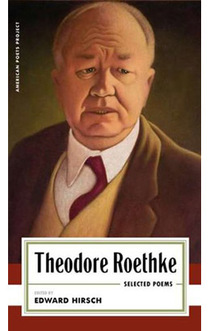