Dance Night | Come Back to Sorrento | Turn, Magic Wheel | Angels on Toast | A Time to Be Born
Edited by Tim Page

“Dawn Powell is a supremely deserving candidate for admission to The Library of America.”— Atlantic Monthly 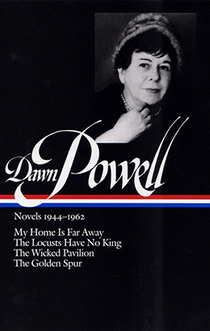