“The Secretary has signed the proclamation, and he wants us to go over to his office and see it before he sends it out.”

Tennessee ratified the Nineteenth Amendment on August 18, but another six days passed before Secretary of State Bainbridge Colby could certify the document and issue the proclamation making it the law of the land. Suffrage movement leaders knew that opponents would try everything possible to prevent its enactment, and they all but escorted the document into Colby’s hands. “We were fearful that any delay would give opportunity for further injunctions to be brought by the antisuffragists, who were leaving no stone unturned in their efforts to hold up the announcement of ratification,” writes Maud Wood Park.

First, Tennessee legislators introduced a motion to reconsider their vote. When it was apparent the motion would fail, thirty-eight legislators tried fleeing to another state to prevent a quorum. The maneuver caused a three-day delay. When the motion was defeated, a state judge immediately issued an injunction against forwarding the certificate of ratification to Colby, and another two days were spent getting the injunction dissolved. The certificate finally arrived at four in the morning at Colby’s residence. He had waited up all night for it and, four hours later, told suffragist leaders to meet him at his office to see his proclamation.

In “A Perfect Moment,” our Story of the Week selection, Park presents her account of their relentless fourteen-month marathon from U.S. Senate ratification through thirty-six states to Colby’s desk.

Heywood Broun, “This Side of Paradise?” 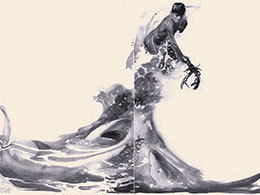