First published sixty years ago, The Longest Day, Cornelius Ryan’s history of D-Day, has just been reissued in a deluxe Library of America edition that pairs it with Ryan’s other classic World War II narrative, A Bridge Too Far (1974).

What accounts for The Longest Day‘s enduring appeal, its wide-ranging influence? In the video above, taken from a talk last month at the Century Association in New York City, the volume’s editor, Pulitzer Prize-winning historian and journalist Rick Atkinson, offers a fellow practitioner’s insights into Ryan’s craft. Atkinson has just published The British Are Coming: The War for America, Lexington to Princeton, 1775–1777, the first volume in a planned Revolution Trilogy. Reviewing The British Are Coming in the New York Times Book Review, Atkinson’s fellow historian Joseph J. Ellis welcomed “a major addition” to the literature of the Revolution, adding that the story Atkinson tells “is designed to rescue the American Revolution from the sentimental stereotypes and bring it to life as an ugly, savage, often barbaric war.” 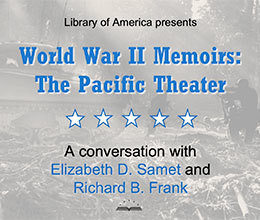