Before he went to bed on the evening of December 1, 1915, Henry James wrote to his niece in America and complained of his weariness, of amnesia, and of the stress of the war. “One feels very abject, at our pitch of life and public pain, in the midst of the huge tremendous things that press upon us, to have disqualifying personal and physical troubles.” Exhausted, he closed his letter with the words “. . . the pen drops from my hand!”

It was his last letter. Early the following morning he suffered the first in a series of strokes. Two days later his amanuensis, Theodora Bosanquet, wrote in her diary, “Mind clouded this morning and he has lost his own unmistakable identity.” Yet he attempted to continue dictating his writing to her. Most of the surviving pieces are confused and incoherent fragments, including a dispatch written as if it were issued by Napoleon and another note addressed to his brother, who had been dead for six years. He eventually fell victim to pneumonia and died one hundred years ago this Sunday, on February 28, 1916.

Eight years after his death, in an essay written at the request of Virginia Woolf, Bosanquet fondly recalled her decade as James’s amanuensis and offered her own assessment of his writing and process of revision. Although the original pamphlet is quite rare (Woolf and her husband hand-printed and sold fewer than six hundred), the essay has been included in the just-published Library of America collection of Henry James autobiographical writings—and we present it in full to Story of the Week readers.

Image, above: Cover of Henry James at Work, 1924; cover art by Vanessa Bell. Published by Virginia and Leonard Woolf’s Hogarth Press as the third of The Hogarth Essays, it was the only one of the thirty-five pamphlets to be hand-printed by the Woolfs themselves. Image courtesy of J. Willard Marriott Library, University of Utah.

Henry A. May, “Influenza on a Troopship” 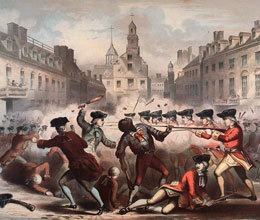