A noteworthy feature of the new Library of America volume James Baldwin: Later Novels is that the three works collected in it—Tell Me How Long the Train’s Been Gone, If Beale Street Could Talk, and Just Above My Head—have now been annotated for the first time. Among other helpful clarifications, the end notes spell out a remarkable number of musical allusions contained in these books, whether to blues, gospel, soul and R&B, pop, and show tunes.

As volume editor Darryl Pinckney tells Library of America in a related interview, a fuller understanding of these musical references “can only add to our appreciation of what may have been in Baldwin’s head as he wrote, our sense of the musicality of his exposition, the blues tones in some moments of his dialogue.” Regarding Just Above My Head, Baldwin himself later told the poet Quincy Troupe that “The vehicle of the book is music,” adding, “Music was and is my salvation.” Or, as the character Jimmy says in a long monologue: “we know that the music comes from us, we build the bridge into eternity, we are the song we sing.”

With these statements in mind, Library of America is now proud to present its first-ever Spotify playlist, representing a cross-section of the artists cited in James Baldwin: Later Novels. (Special thanks to Library of America Contributing Editor James Gibbons for his help with the playlist.) 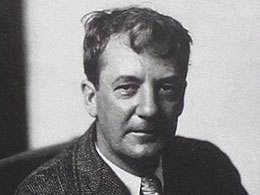