Death of a Salesman | The Crucible | A View from the Bridge | The Misfits (novella) | After the Fall | Incident at Vichy | The American Clock | Almost Everybody Wins | The Ride Down Mt. Morgan | Broken Glass | Finishing the Picture More
Edited by Tony Kushner 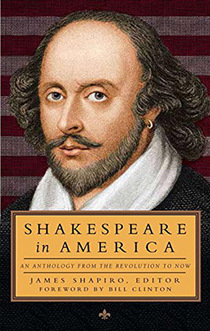 Shakespeare in America: An Anthology from the Revolution to Now LOA N°251