Back Thornton Wilder: The Bridge of San Luis Rey & Other Novels 1926–1948 Print
Share
add to cart

The Cabala | The Bridge of San Luis Rey | The Woman of Andros | Heaven’s My Destination | The Ides of March | stories and essays More
Edited by J. D. McClatchy

“Wilder is a novelist of morals. . . . They are answers found by individuals to the old problems of faith, hope, charity or love, art, duty, submission to one’s fate . . . and hence they are relatively universal; they can be illustrated from the lives of any individuals, in any place, at any time since the beginning of time. . . . The characters in Wilder’s novels and plays are looking for such answers.” — Malcolm Cowley 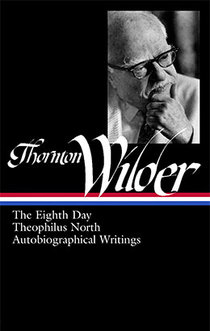